Belarusian PM comments on amendments to law on Council of Ministers 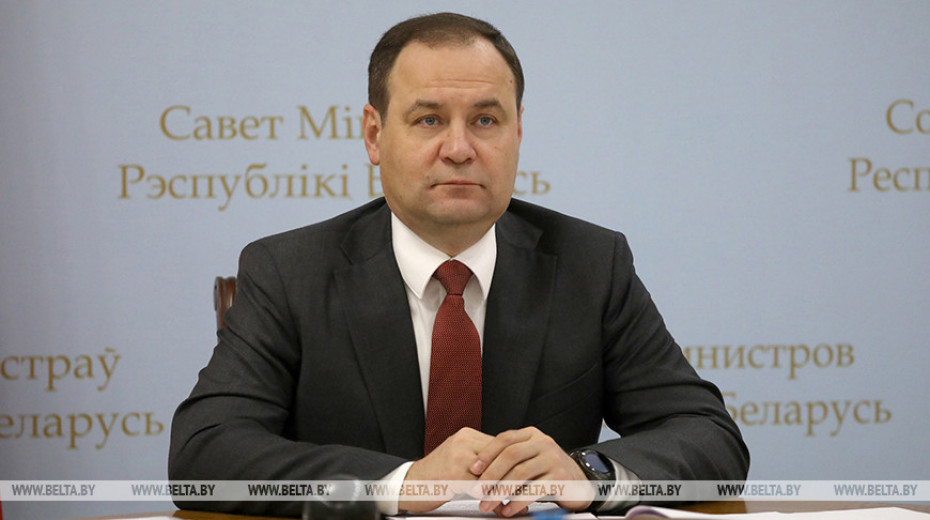 "The first task we needed to address was simple. This is bringing the law on the Council of Ministers in line with the amendments to the Constitution. To avoid legal conflicts, we simply duplicated the basic norms that were amended in the Constitution in relation to the government. Nothing changes dramatically. The structure of the government shall remain the same, except for the fact that the government office shall have the status of a state body," Roman Golovchenko said.

According to him, the powers of the president to appoint the government will remain in place. "The bill clearly spells out the areas where the executive branch and the Belarusian People's Congress shall interact. For example, the prime minister shall annually report to the Belarusian People's Congress on the implementation of the country's social and economic development program. Accordingly, he shall receive an opinion on his performance or suggestions on adjustments to his work," the prime minister said.

Roman Golovchenko also noted that the bill spells out the universal powers of the Council of Ministers and its powers in specific areas. "The government's hands are not tied," he stressed.

"When working on the bill we proceeded from the fact that it should be a stable systemic element of the country's executive power. The law must be universal. It must not be tailored to a person. Its job is to ensure efficiency regardless of who will head the government, who will be deputy prime ministers and so on. Taking into account the fact that the president supported these approaches, this task has been solved," the head of government added.

Chief of Office of the Council of Ministers Konstantin Burak, in turn, noted that the bill takes into account all the amendments made to the Constitution of Belarus, including the interaction of the government and the Belarusian People's Congress. "All the principles laid down by the Constitution have been implemented in this bill," he explained. “When improving the current law on the Council of Ministers, we identified the general competences of the government and specified the articles relating to individual sectors and the powers of the Council of Ministers in these sectors. In other words, the main thing goes first and is followed by specificities."