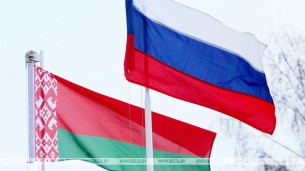 Chairman of the Supreme State Council of the Belarus-Russia Union State, Belarus President Alexander Lukashenko congratulated Russia's President Vladimir Putin on the Day of Unity of the Peoples of Belarus and Russia, BelTA learned from the press service of the Belarusian leader.

“Integration within the framework of the Union State made Belarus-Russia cooperation more meaningful, created a good foundation to promote efficient economic and social development of our countries,” the message reads.

The head of state noted that today Belarus and Russia are on the verge of a new integration stage. “Development of mutually acceptable solutions in the spirit of real unity is a serous groundwork for the decent future of the peoples of Belarus and Russia,” he emphasized.

The president expressed confidence that the two countries will be able to maintain momentum in bilateral cooperation and integration.